On Sunday 31st January, almost 7 weeks after snapping my ACL whilst playing an ill-fated game of netball, I made a decision that quite a number of people have questioned me over. I decided just 45 minutes before the start of the Tough Guy Challenge (www.toughguy.co.uk) to run the race, after someone who I was supposed to be cheering on decided to pull out. I made a flippant remark that I thought I’d probably be able to complete the race if I was careful – and before I knew it, I’d bought a pair of trainers and some leggings, had found the race number of the girl who was supposed to be running, had got the St John’s Ambulance guys to strap up my knee (telling them that I’d tweaked it a bit ;-)) and was on the start line.

Now, I’ve been playing competitive sport for the best part of 25 years, and feel like I have a fairly good appreciation for my body’s abilities (and at times I’ve been accused of under appreciating what it’s capable of) – so the decision I made was on the basis that I’d kept up my strength training as much as possible since the injury, and had even been jogging fairly regularly over the last few weeks. 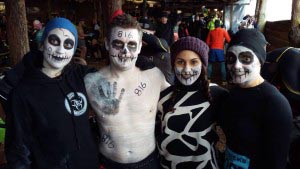 The other VERY important consideration is that the decision that I made was a personal one, which I’d under no circumstances recommend to any of my clients. I understood the potential risk, but realized that the personal reward and sense of achievement would far outweigh this for me.

Over the last 7 weeks I’ve gone from ‘physically capable high performing athlete’ to ‘feeling sorry for self patient’ (not so patient as it turns out!). I had 3 big events that I’d really been looking forward to – Europe’s Strongest Woman, which I was entered into and was incredibly well prepared for, which took place 4 days after the injury and I had no choice but to withdraw from, Tough Guy (which I withdrew from when I got the news of the ACL rupture) and The Twisted Peaks Challenge, which I may still take part in, but with no weight – as long as it doesn’t clash with the date of the ACL reconstruction surgery.

Worse than the physical pain of the injury for me, has been accepting psychologically that I’m no longer an able athlete – and as this is so intertwined with my identity as a trainer and coach as well as my personal identity this has been TOUGH! Let me say now, I’ve not been a barrel of laughs to be around, and it’s taken me a little while to realize that my self-worth goes way beyond my physical ability. I can’t even begin to imagine how people feel when they have a permanent issue to get to grips with, but it’s been a bit of a journey of realization for me. It’s true what they say ‘you learn so much more about yourself through failure than you ever would do through success’. 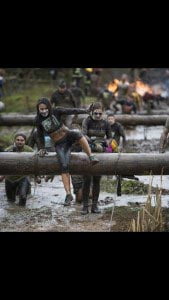 Cat and Jodie tackling the obstacles

Anyway, enough of the boring stuff…I decided to run! I’d decided that if there was any point at which I thought I was doing any damage to my knee, I’d stop, and accept that perhaps it was too soon. As soon as Cat and Jodie and I crossed the start line I felt on top of the world! I had decided to take the plunge and push myself through one of the toughest physical challenges I’ve taken part in to date. Everyone around me was buzzing with anticipation and excitement, and that feeling was contagious! I started off at an easy pace, just testing my knee out. I soon realized that the tape up job on the knee was incredible, and that the ample strapping was supporting any inherent stability that my knee was missing. 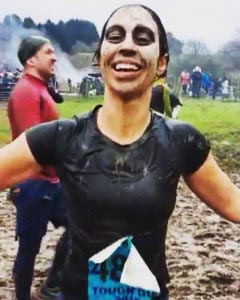 As soon as I’d got to the water, the mud, the obstacles and borderline hypothermia – any apprehension had evaporated. I was exhausted and cold and filthy and HAPPY…happier than I’d felt in months. That right there is why I decided to run. I’ve got so much of my confidence and self-belief back, I can’t use the excuse that ‘I’m injured, and I can’t’ anymore. It’s true, I am injured, but I’m determined, strong-willed and I’m full of life – and I’m going to be back and stronger than ever before you know it! 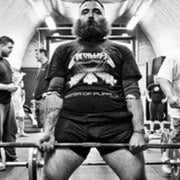 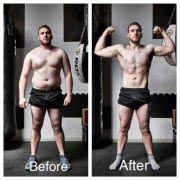 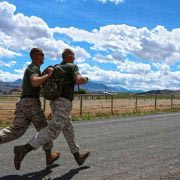 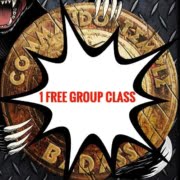 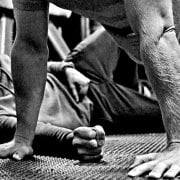 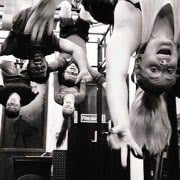 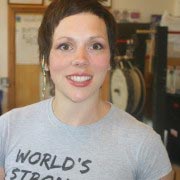 Judo throws to brighten up your Monday!#judo #ju

Have you ever wanted to learn more about using the

Sunday’s Kettlebells and Yoga workshop with the

Are you ready to join the incredible @katarinarayb

Deadlifts and Doggos!The ultimate in therapeuti

It’s a scorcher today, and lots of you have been

Come and join us for our weekly Kettlebell Class,

Armwrestling – Inside Knowledge
Scroll to top