For many of you, this interviewee needs no introduction. Danny Kavadlo is a trainer, author, beast… who’s well known in the calisthenics world & fitness industry. For anyone who feels like they got a late start in calisthenics this interview is for you.

1. Let’s start from the beginning, who are you and what sparked your interest in Calisthenics?

My name is Danny Kavadlo. I am a student of physical culture. I am a trainer, author and presenter. I was born in deep Brooklyn, New York in 1974. New York is like Disneyland compared to what it was like back then. My family’s house was robbed, my parents’ was car stolen three times, I got my ass kicked at school on a somewhat regular basis. I was not an athlete and I was not competitive. That’s probably what sparked my interest in working out—the fact that, unlike the sports I was often humiliated at, fitness itself was non competitive. I liked that the goal was to get better, not just to beat someone. I started doing pushups around age 11 or 12. Then pull-ups. I did reps, reps, reps. No tricks. It wasn’t for another 20 years that I ever even saw a muscle-up! I suppose I got started in calisthenics specifically because I was too young and too broke to do any other type of training. I didn’t even know what “calisthenics” was.

2. Who has been your biggest inspiration in the field?

When I began, there was no “field”. The phrase “Street Workout” wouldn’t be invented for decades. The people who inspire me the most are the guys you never heard of. My friend Bob at the park is well into his sixties and does muscle-ups and advanced levers every day.

This dude Shay I met in 2006 changed my world when I saw him do a one-arm pull-up. It was the first one I’d seen. Beyond that, I’m inspired by the people who have gone from sedentary lifestyles to healthy ones. I am inspired by folks who embrace positivity in the

face of darkness. I am moved by anyone who tries to improve anything in anyone’s life in any capacity. There are a lot of unsung heroes in this world.

3. Who would you consider to be your main advisor, and what is the best piece of advice you’ve received in your career?

I have been fortunate enough to have worked with many experienced, talented and inspirational figures in the fitness industry. But the best career advice I ever heard was in a documentary film about rock ‘n’ roll called “The Decline Of The Western Civilization Part 2: The Metal Years”. In it, heavy metal legend Ozzy Osbourne offers the following advice: “Don’t f**k anyone on the way up, because you’ll see them again on the way down.” I never forgot that and carried it with me to every job I’ve ever done, from exterminator, to clown, to musician, to truck driver and even to personal trainer!

4. Other than Body weight exercises, what other disciplines have you an interest or competed in?

In addition to my bodyweight training, I ride a bike about 100 miles per week and stretch a lot. That’s it. In the past, I’ve lifted weights for years: barbells, dumbbells, kettlebells. Fun stuff. But I returned to the minimalism, beauty and purity of bodyweight training, where you use nothing but your own self and your environment.

5. In Calisthenics, what do you consider to be one of the harder exercises/moves to master, and what have you personally found challenging and why?

One of the wonderful things about progressive calisthenics is that we all have different strengths and weaknesses. One man with a rock-solid back lever may have trouble with a muscle-up. The guy standing right next to him may dominate the muscle-up, but have trouble with levers. Typically speaking, in the realm of advanced moves, the “harder”

exercises differ greatly from individual to individual. Personally, I have found the dead-hang one-arm pull-up to be the most challenging. I started training for it in 2006 and did my first one in 2013. For real.

6. What are you currently working towards mastering?

This is a journey, not a goal. I’m not working towards mastering anything. Rather, I’m working to improving everything.

7. What piece of advice would you offer to somebody who is new to Calisthenics?

Focus on your progress, not the progress of others. Be patient. Nothing is achieved without hard work, discipline and consistent effort over the course of time. And don’t take any of this stuff too seriously—It should be fun!

8. Where can we access more information on what you do? Do you have any information, websites, blogs, videos, tutorials or podcasts that you’ve contributed to or have motivated you?

Learn more about Danny at www.dannythetrainer.com 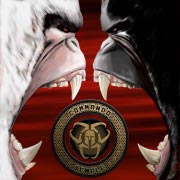 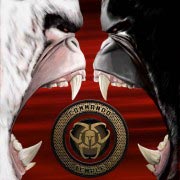 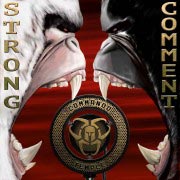 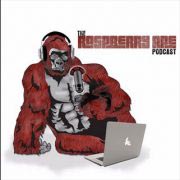 An award winning strength and movement gym in London ...The best education and strength systems known to man! #bestronger

Not sure what to spend your Christmas money on? Lo

Watch out for our pre-order of merchandise coming

We are open every other day over the Christmas per

New artwork, 🤩🤩 Come and check out the new s

Fantastic day of Static Monster action at The Comm

The gym is currently undergoing some pretty extens

You see a lot of epic things when walking around t

My Experience of Calisthenics at The Commando Temple – By Seren Garne...

Katarina Helcmanovska – AKA The Iron Lady