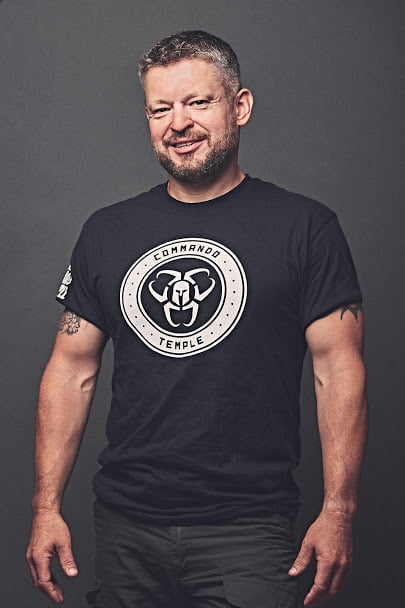 With an expanse of experience spanning over 26 years in coaching clients and over 35 years as a competitive athlete Matt is passionate about making a difference in the lives of the people he works with.

A Functional Strength and Endurance Specialist, he helps the clients he works with to navigate away from pain, injury and weakness and towards a stronger more resilient future that sees many of his clients go on to achieve far more than they imagined.

Matt is a highly intuitive and dynamic coach who assists his clients in reaching their true potential. He recognises that human beings are constantly changing from one day to the next. As such Matt works within this dynamic space to deliver the right level of training and support, at the right time, to optimise the success of his clients.

“Mind-set is the biggest limiting factor of personal success in training. Through my own developmental work as a coach, I have a deep understanding of these limiting processes. I help my clients to identify their own limiting patterns and behaviours in our training sessions and replace them with less restrictive, more powerful processes. This ultimately leads to greater success and significant personal transformation.”

Matt works with a diverse range of clients.

Age, Gender and Fitness level is never a barrier.

Originally based in Eastbourne, Matt founded and manages a very successful Personal Training and Outdoor Group Training business that has been operating in Eastbourne for over 11 years.

In that time he has coached 100s of people and created a thriving community within which his members have pursued their journeys of health and fitness, strength and endurance, self-discovery and empowerment.

He is well respected within the fitness industry and his reputation for coaching education has stemmed from years of experience and knowledge accrual.

Matt has played a key role in the consultancy, formulation and delivery of coaching courses within a personal training provider in the South East and within one of the leading equipment suppliers in the UK – Wolverson Fitness.

He has also produced and delivered his own educational workshops including one of the first Mace Training Workshops in the UK and a range of other successful workshops based around Kettlebell, Bulgarian Bag and Outdoor Fitness Training.

As an athlete Matt has a competitive career spanning endurance to strength and back again!

A road cyclist who became a national-level powerlifter (competing in the BDFPA British Champs for 3 years), a runner, a strongman and then a Special Forces Event Mountain Racer.

Matt has finished joint first in the P Company Fan Dance and holds the record for the fastest time in the loaded (35lb) 10km speed march. He also finished 3rd in the Loaded Fan Dance in a time of 3hr 30 smashing the SAS pass time of 4 hours. He has also completed a 20 mile navigational test march called the Iron Man 3 times with a load of 53lb over some of the worst terrain the Brecon Beacons has to offer in times less than 8hrs 27 minutes.

Save up to £10 per hour over individual sessions.

Matt Shore is available for personal training sessions at the Commando Temple every Thursday.

Matt Shore is available for personal training sessions at the Commando Temple every Thursday.

THE GYM AND GROUP CLASSES ARE CLOSED.

BUT WE ARE AVAILABLE FOR OUTDOOR 121 AND ONLINE TRAINING SESSIONS!